Warning: "continue" targeting switch is equivalent to "break". Did you mean to use "continue 2"? in /homepages/30/d670526000/htdocs/clickandbuilds/DiaryofaQuietAsianGirl/wp-content/plugins/page-views-count/admin/admin-interface.php on line 365
 5 Reasons Why Chloe Kim is My Hero – Diary of a Quiet Asian Girl
Skip to content 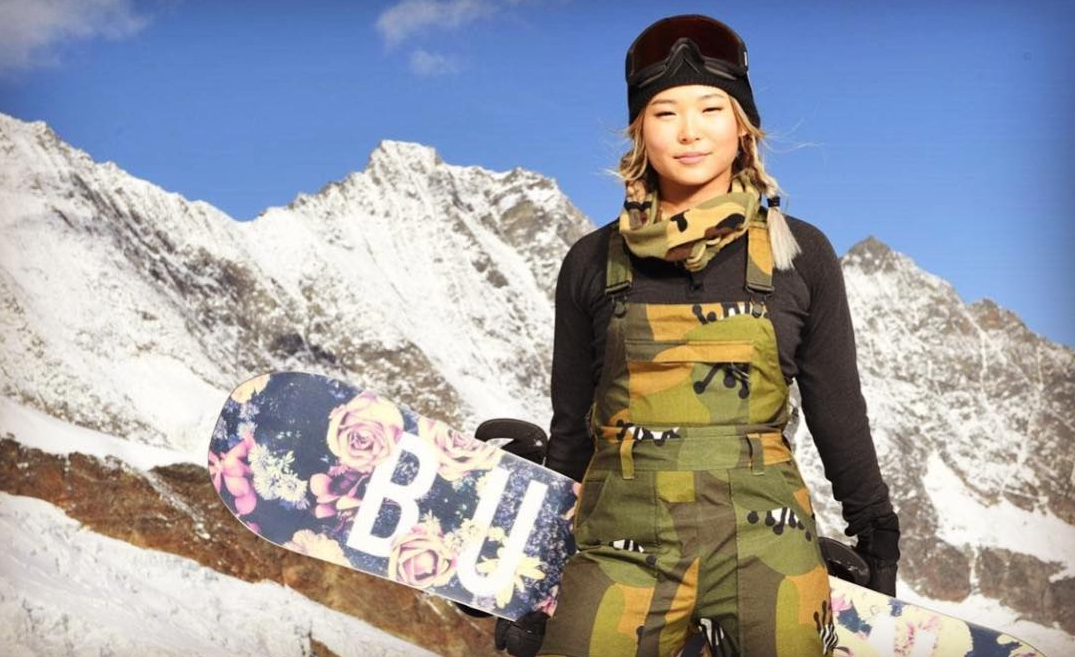 Everyone has been talking about Chloe Kim, and rightfully so. The 17-year-old snowboarding superstar captured the attention of the world on Tuesday when she won her very first Olympic gold medal with an astonishing performance on the halfpipe. In her Olympic debut, Chloe dominated on her first run with a score of 93.75, beating out China’s Liu Jiayu (89.75) and U.S.’ Arielle Gold (85.75) for the gold medal. But she wasn’t done yet…she came back on her third and final victory run, crushed back-to-back 1080s, and received an almost perfect score of 98.25.

As if her stunning performance alone isn’t enough reason for me to love her, here are 5 reasons why I’ve decided that Chloe Kim is my hero. (I know she’s like half my age, but she can still be my hero right?)

Talk about an overachiever. Chloe has been breaking records since the age of 13, and she has no plans of stopping anytime soon. With her amazing performance on Tuesday, she became the youngest woman to win an Olympic gold medal in snowboarding. The girl is just all-around awesome, and she definitely lives up to every bit of the hype. 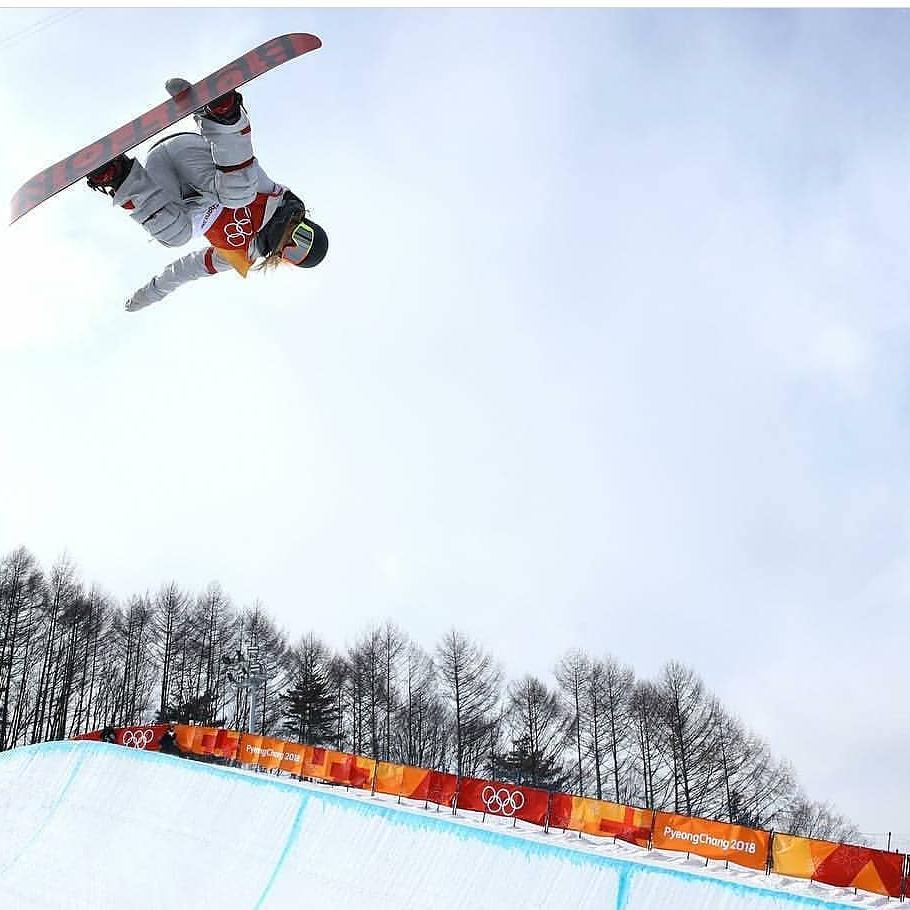 As a fellow foodie, I appreciate the fact that Chloe loves to eat. When she’s not busy winning gold medals, Chloe’s stuffing her face with breakfast sandwiches, churros, and ice cream. To the amusement of many of her fans, she spent the short break she had in between her second and third run on Tuesday reminiscing about her breakfast sandwich on Twitter. I get it girl, being hangry is no joke!

Chloe’s hair somehow always manages to look perfect, whether it’s violet, blue, blonde, or whatever color it may be on that particular day.

Additionally, she knows the price of beauty is steep. As she was being awarded the gold medal on Tuesday, she said she was trying not to cry because she didn’t want to ruin her makeup. “I worked so hard on my eyeliner!” Chloe told The Today Show. It’s no wonder that Chloe’s so fabulous, though. She clearly gets it from her mom Boran, who got this dope manicure in honor of the Olympics. I see you, Mama Kim! 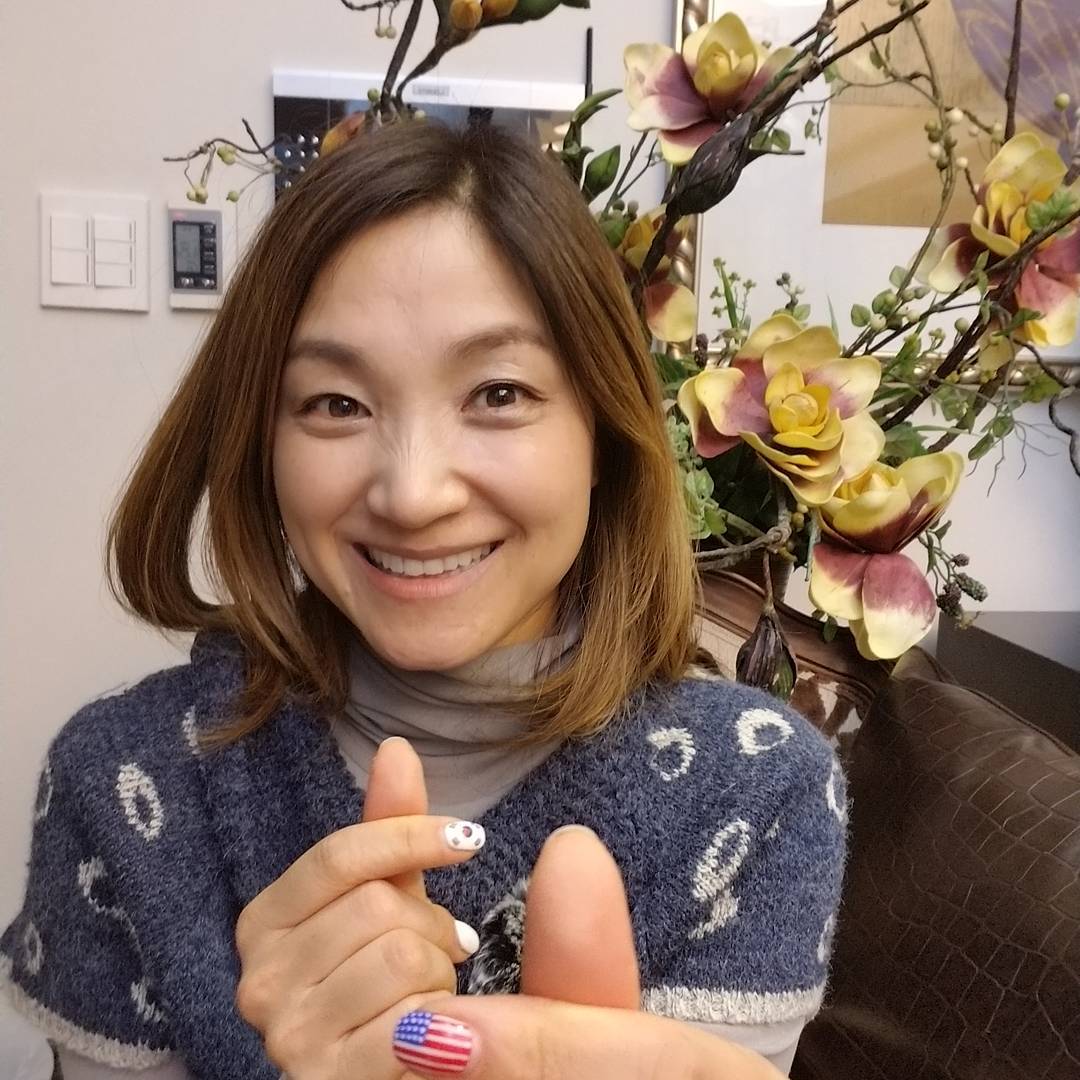 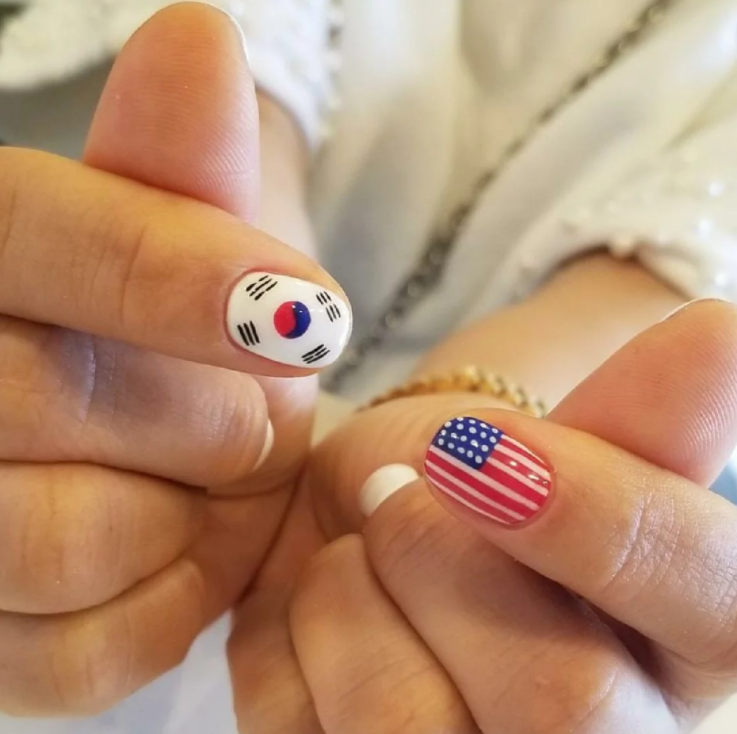 4. Chloe and Her Dad Are Total Father-Daughter Goals

Chloe’s relationship with her dad, Jong Jin, is so adorable. 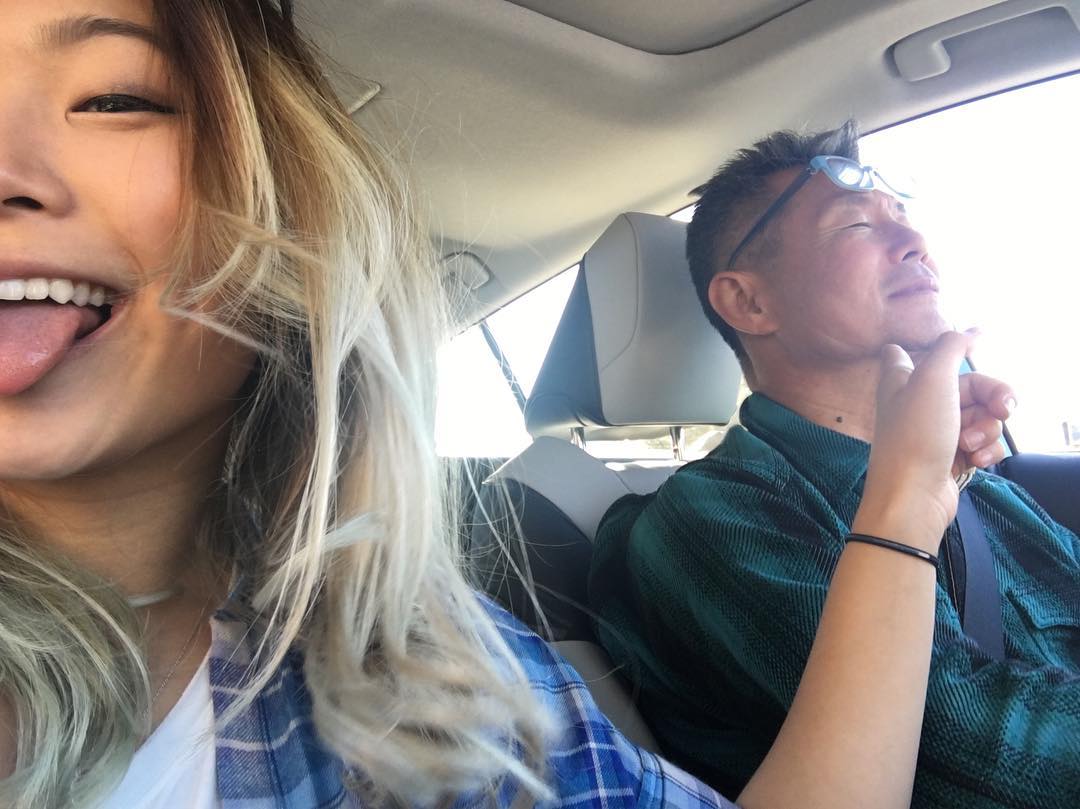 As an immigrant from South Korea, Jong Jin Kim gave up his own dream of working as an engineer to help his daughter achieve hers. He has always been Chloe’s rock, since day one when he took her out on the mountains for the first time, up until Tuesday when he was proudly cheering her on at the Olympics with a homemade sign that read, “Go Chloe!”. All his sacrifices were made worth it as he witnessed his daughter make history and win the gold medal, right in his home country. With pure joy, he proclaimed that she is his “American dream”. So sweet! 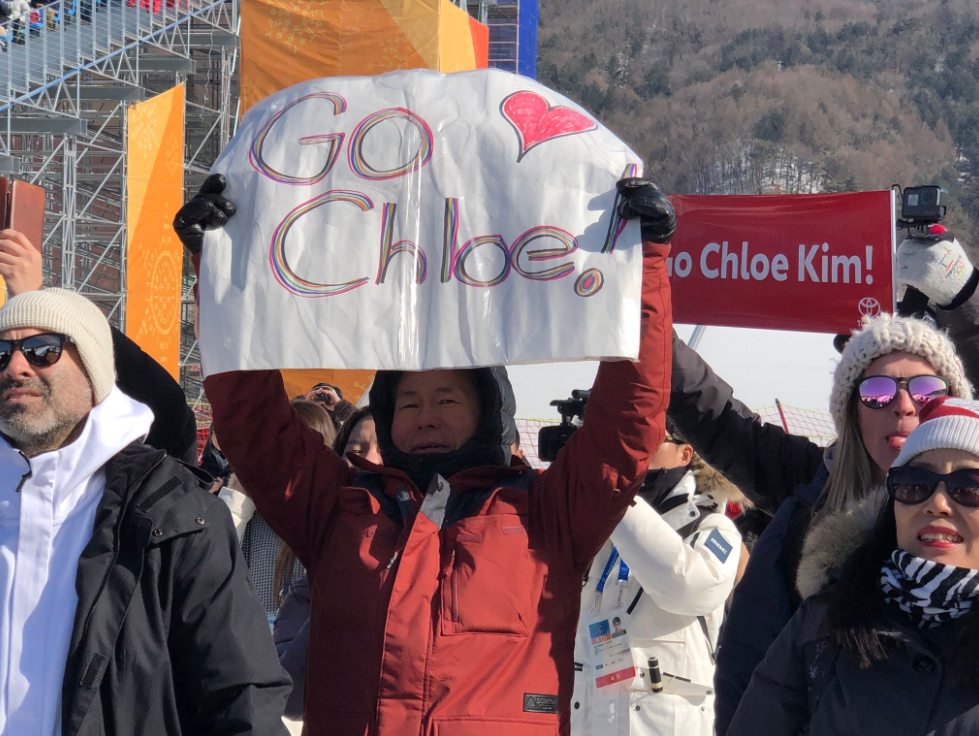 5. She’s Putting Asian-Americans on the Map

Last but certainly not least, Chloe is out here showing the world that Asians are some bad mamma jammas. This Korean-American California girl has become a household name overnight as she continues to trend on social media, headline newspapers, and appear on the biggest morning shows. With all of her amazing success, she is an inspiration for young Asian-American kids everywhere!

Go Chloe!! I can’t wait to watch as she continues taking over the world, one halfpipe at a time!