Warning: "continue" targeting switch is equivalent to "break". Did you mean to use "continue 2"? in /homepages/30/d670526000/htdocs/clickandbuilds/DiaryofaQuietAsianGirl/wp-content/plugins/page-views-count/admin/admin-interface.php on line 365
 Meet the Asian-American Athletes Headlining the 2018 Winter Olympics – Diary of a Quiet Asian Girl
Skip to content 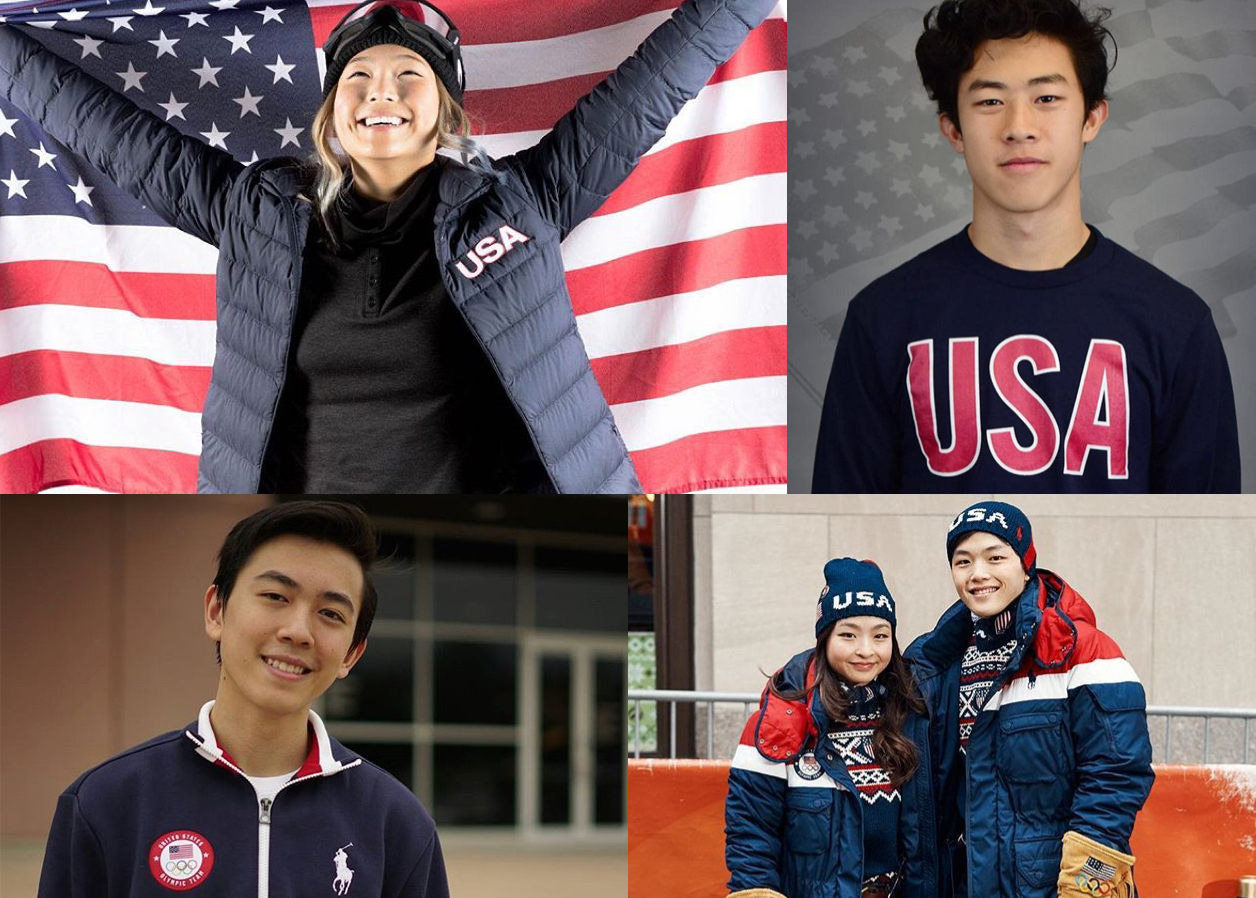 Who’s excited for the 2018 Winter Olympics? I know I am! Now that football season is officially over, the Olympics will be the perfect thing to hold me over until soccer season starts. I’m especially looking forward to the Opening Ceremony on Friday night and my personal favorite, the figure skating competition.

What’s also remarkable about this year’s competition is that this USA team is being touted as the most diverse Winter Olympics squad our country has ever had. With more minorities on Team USA than ever before, we can all feel a stronger sense of representation as we cheer on our star athletes. This year, snowboarding superstar Chloe Kim, ice dancing sibling duo Alex and Maia Shibutani, Quad King Nathan Chen, and young phenom Vincent Zhou are among some of the Asian-American athletes that will be representing Team USA in PyeongChang.

Before the games officially kick off, let’s get to know the 12 Asian-American athletes who will be participating in the 2018 Winter Olympics! 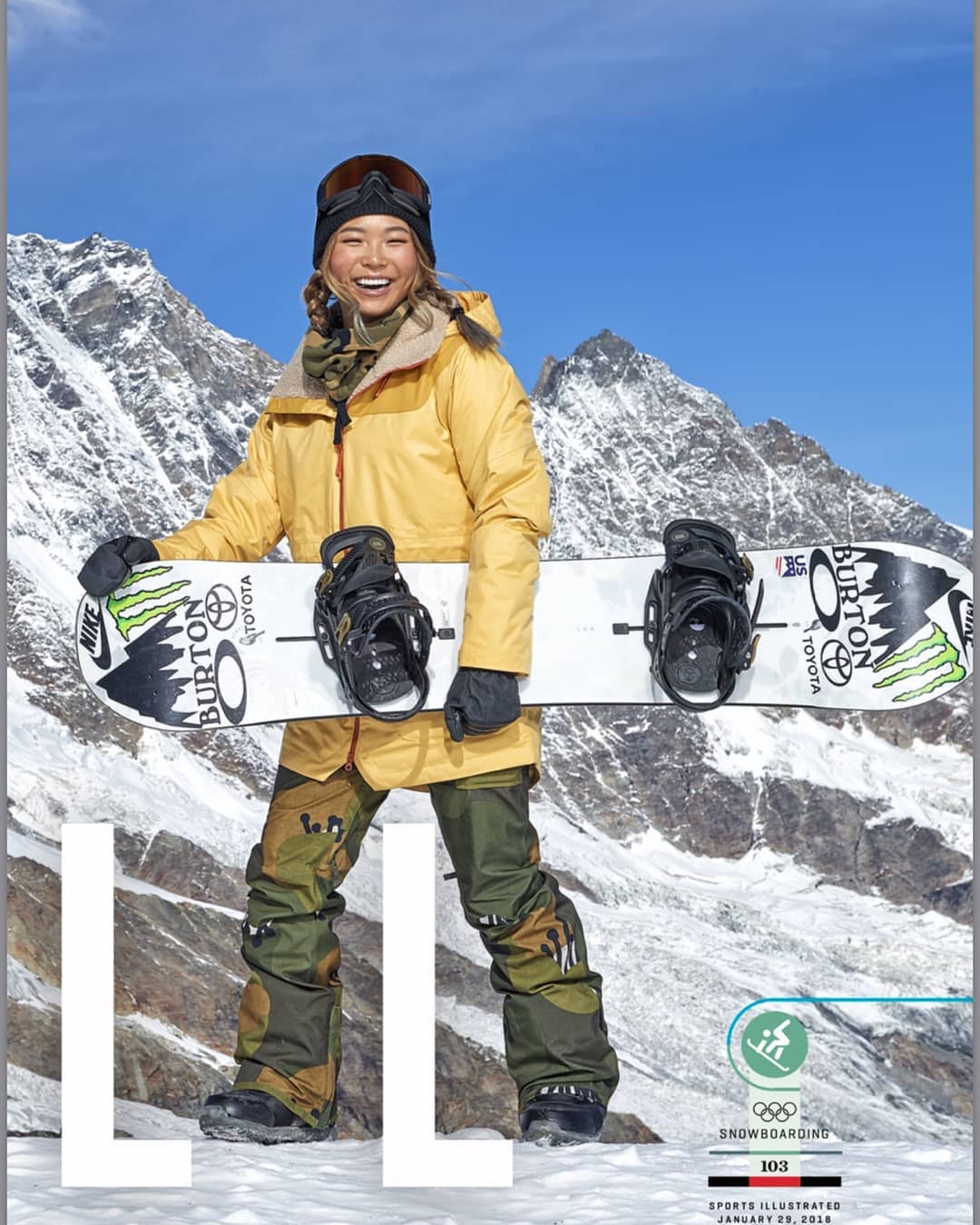 Referred to by many as the future of women’s snowboarding, Chloe Kim is already a star in her own right. At just 17 years old, this snowboarding phenom has already broken multiple records throughout her career. In 2014, Chloe, who was just 13 at the time, made history by becoming the youngest person to ever win a medal at the X Games. The following year, at the U.S. Snowboarding Grand Prix, she wowed the audience by becoming the first woman to land back-to-back 1080 spins. Born in California to Korean immigrants, Chloe credits her dad Jong Jin with continually pushing her to be the best. This will be Chloe’s first trip to the Olympics, as she was too young to compete at Sochi. Adding to the excitement of potentially winning her first Olympic medal is the possibility that she may win it in a country she and her parents also call home. In an interview with ESPN, Chloe said, “I have this different opportunity because I’m Korean-American, but I’m riding for the States….I’m starting to understand that I can represent both countries.” 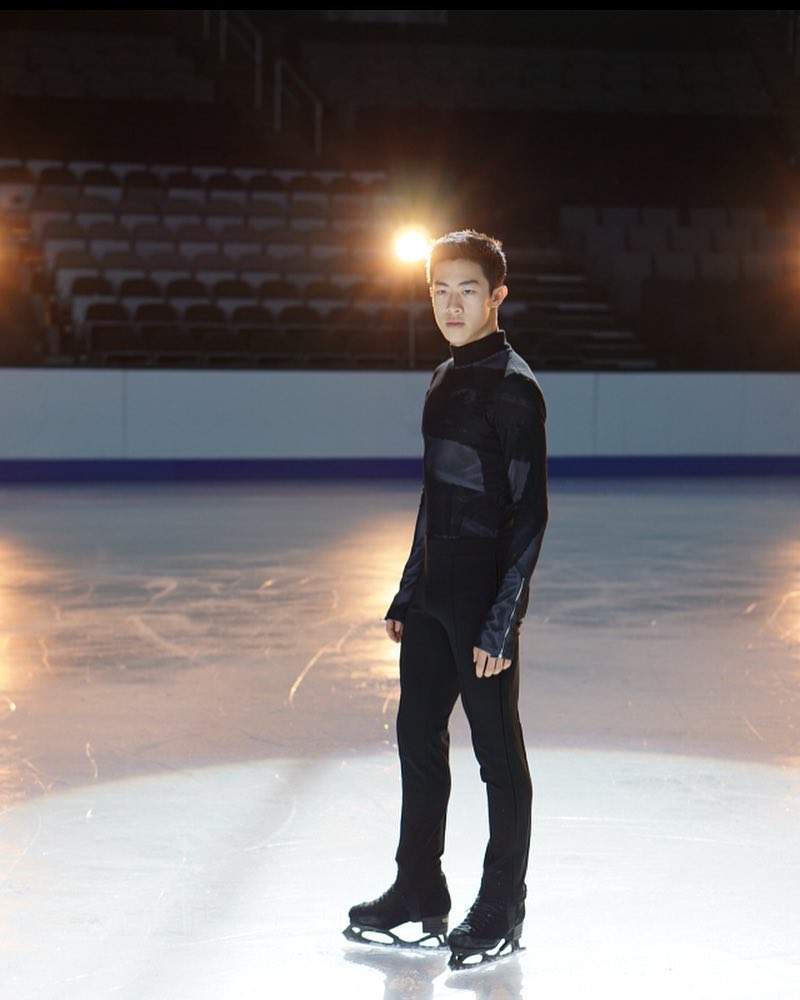 Also known as The Quad King, Nathan Chen is one of the biggest names at this year’s Winter Olympics. The figure skating sensation has soared to great heights throughout his 18 years, but his biggest claim to fame is being the first person in history to land five quadruple jumps in a single program. His mastery of five different types of quadruple jumps is what will differentiate him from his competitors at PyeongChang and why he is the favorite to win the gold. Since his first day on the ice at the tender age of 3, Nathan’s talent has always stood out amongst the rest; however, it was the incredible work ethic and strong sense of discipline his parents instilled in him that has pushed him to where he is now. The two-time U.S. national champion looks to cap off his magnificent season by dazzling audiences across the world with his Olympic debut and returning home with his very first Olympic medal. 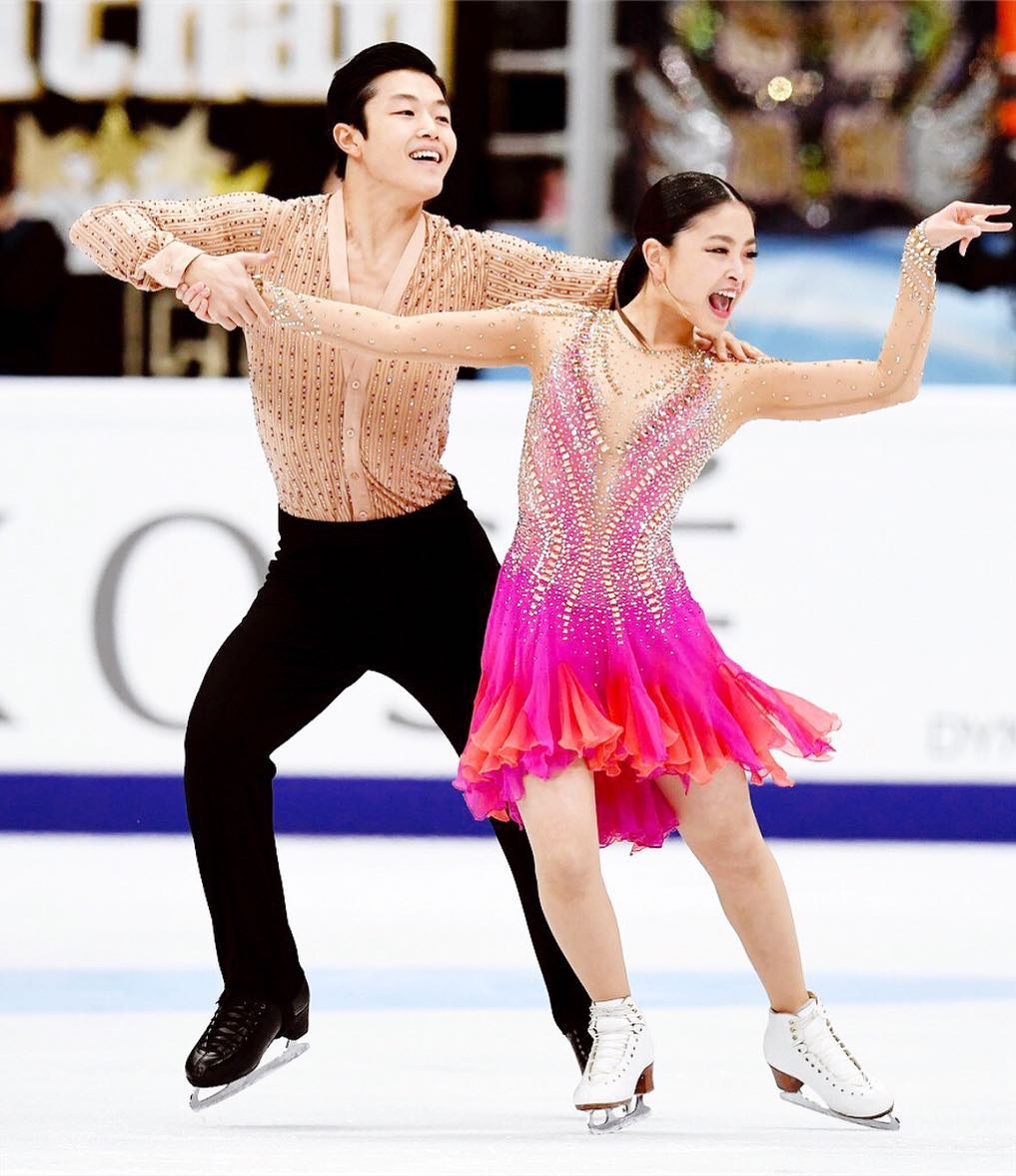 The Shibutani siblings, Alex and Maia, have been ice dancing as a duo since they were teenagers. With an age difference of three years (Alex is 26 and Maia is 23), the siblings consider themselves best friends and have always had a very close bond, one that manifests itself through their beautiful and artistic performances on the ice. Together, they have won more medals than they know what to do with; however, they are still missing an Olympic medal. The “ShibSibs”, as they are referred to in the skating world, made their Olympic debut at Sochi in 2014, but came in disappointingly in ninth place. However, they have made the most out of their training these past four years, winning other medals along the way, and are ready to come away from PyeongChang with an Olympic medal in their hands. “Now is our time,” says Alex confidently. And he’s not the only one that feels that way. Many believe the ShibSibs will be strong contenders for gold at this year’s Winter Olympics. 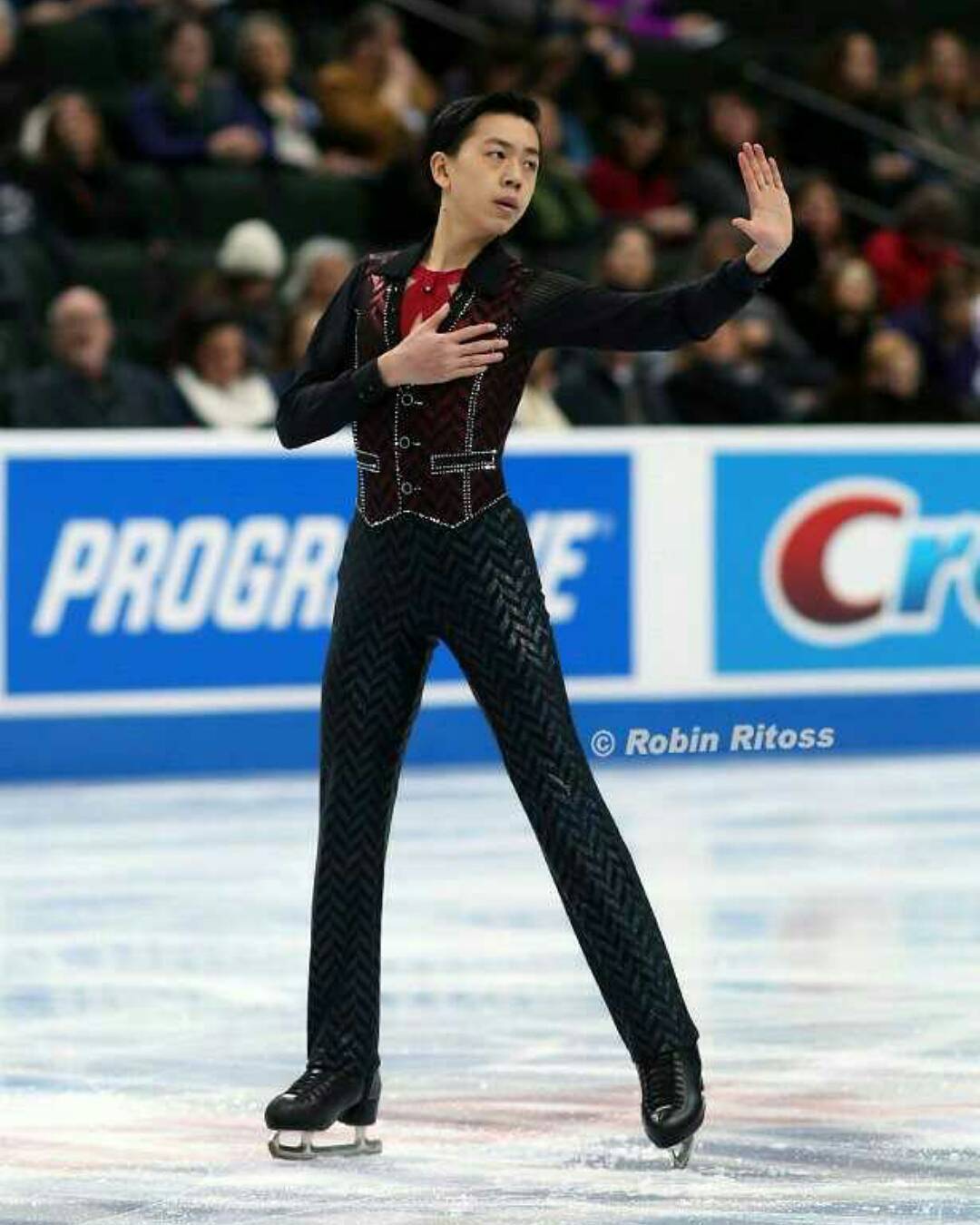 Figure skater Vincent Zhou will be the youngest U.S. Olympian competing at the 2018 Winter Olympics. The 17-year-old’s long list of accomplishments in the sport include being crowned the World Junior Champion and Bavarian Open Champion last year, and placing silver at the 2017 U.S. Championships. Vincent’s mother, an immigrant from Beijing, sacrificed her job, a comfortable life, and a whole lot of sleep to get her son the proper training; now, in large part due to her sacrifices, Vincent is able to compete among the best at PyeongChang. Not only is Vincent a young prodigy on the ice, but he’s a genius as well. He skipped a few grades back in middle school and in 2010, he was awarded the Presidential Award for Educational Excellence by Barack Obama. 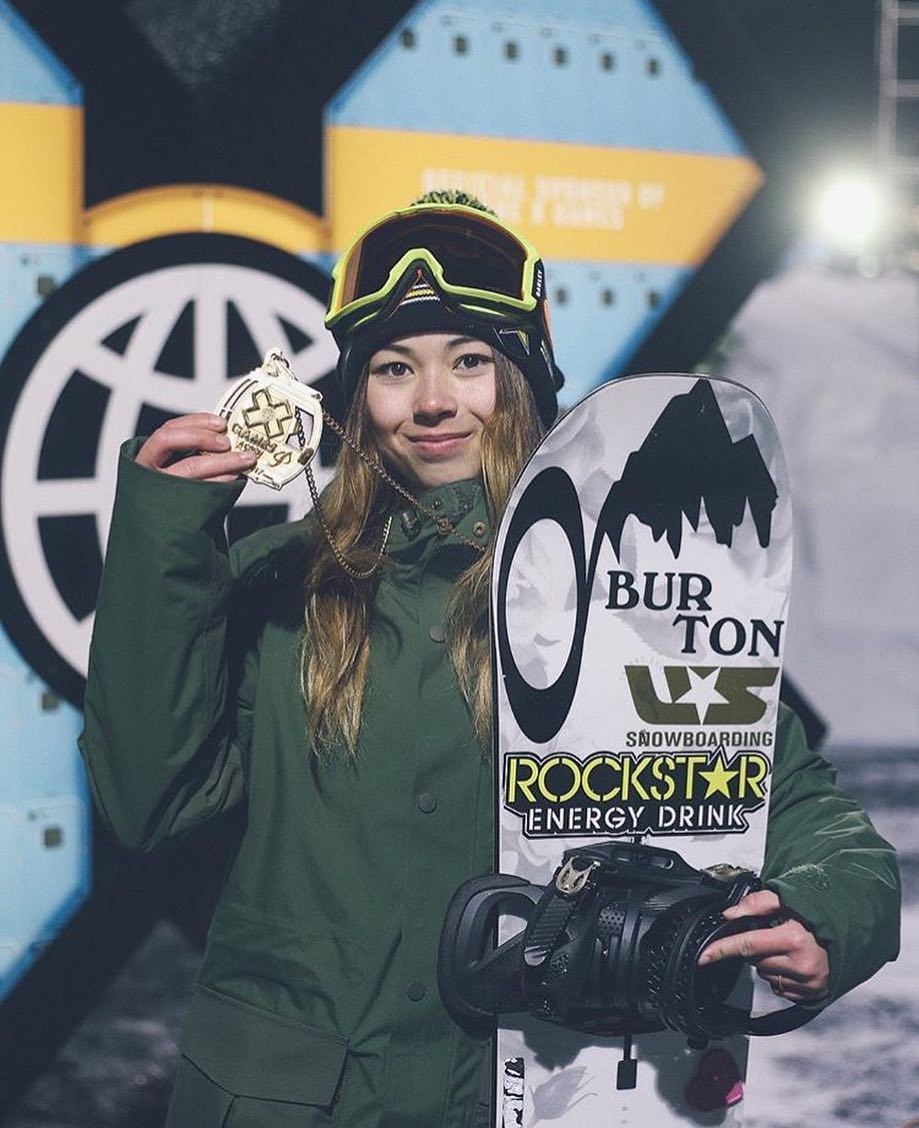 Similar to fellow snowboarding sensation Chloe Kim, Hailey Langland also grew up in sunny California and somehow found her way onto the snowy slopes. Hailey is a triple threat, specializing in Big Air, Halfpipe and Slopestyle and one of her most impressive feats to date was successfully completing a Cab Double Cork 1080 at the 2017 X Games in Aspen – it was a first in women’s snowboarding competition. Ahead of her very first time at the Olympics, Hailey is prepared to show the world that she has arrived. 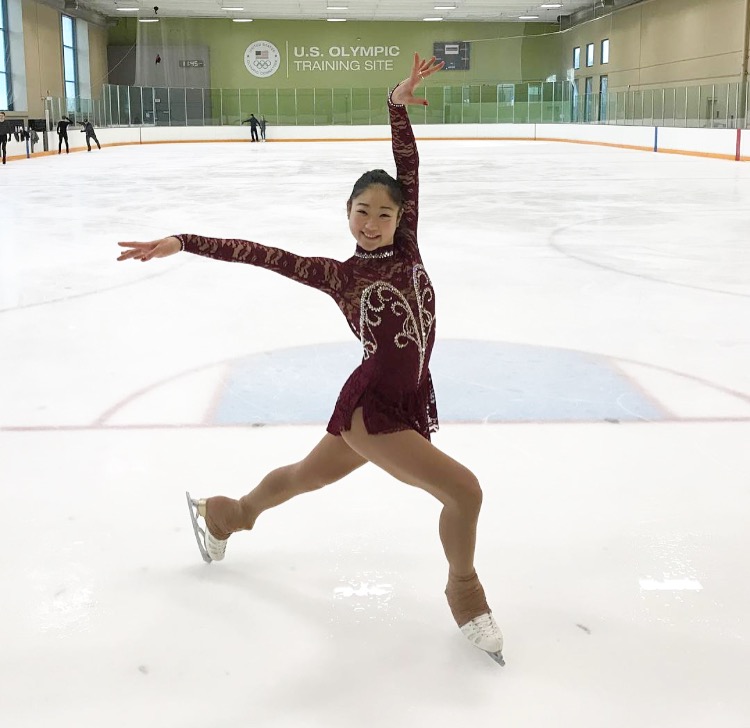 For figure skater Mirai Nagasu, this year’s Olympics will be her second trip to the Winter Games, with her first trip being the Vancouver 2010 Olympics. The 24-year-old admits that it was heartbreaking when she didn’t qualify for Sochi in 2014, but in the end, it gave her even more motivation and focus to make it to PyeongChang this year. Mirai has been diligently working on the triple axel and rumor has it, she might attempt it at this year’s competition. If she does the move successfully, she would make history as the first American woman to ever land a triple axel at the Olympics. 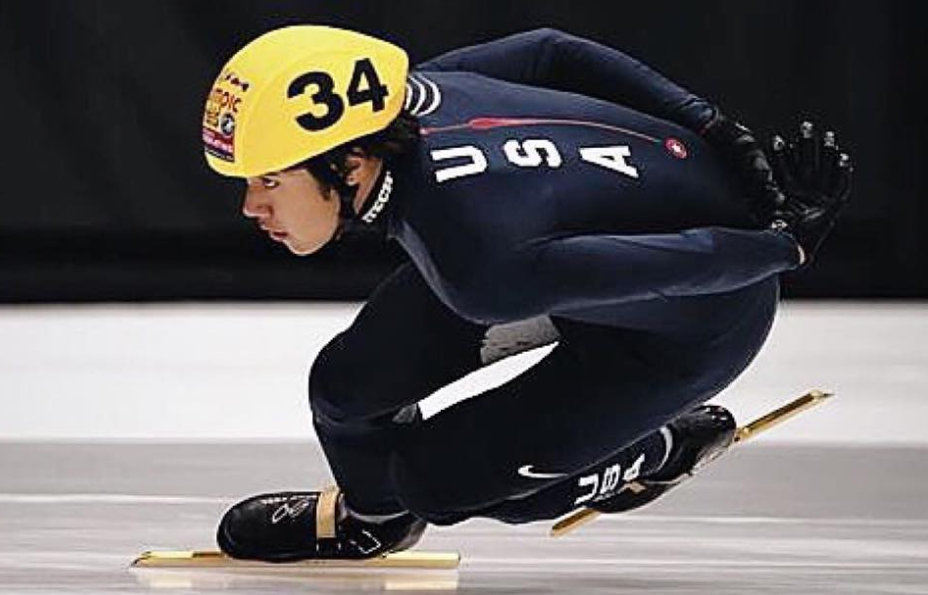 J.R. Celski is the only Olympic veteran on this year’s U.S. Short Track Speedskating Team, having competed in both the 2010 and 2014 Winter Olympics. In his two previous appearances at the Olympics, he brought home three medals. His other accolades include holding the World Record in the 500 meter and the Junior World Record in the 1000 meter. As the only one with prior Olympic experience, there’s no doubt that he’ll take on a leadership role with the U.S. Short Track Speedskating team as they prepare to compete in PyeongChang. 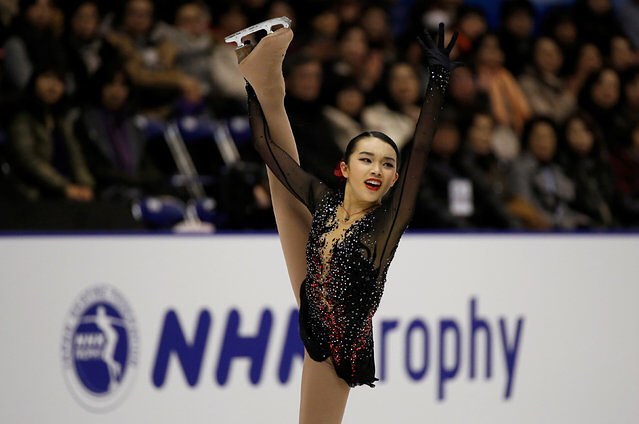 Taiwanese-American figure skater Karen Chen has a lot to look forward to in her debut at the Olympics. Although she has battled through inconsistencies in recent years, she feels ready to rock the rink at PyeongChang and her latest accomplishments speak to that. Most recently, she won the gold medal at the 2017 U.S. Championships and the bronze medal at the 2018 U.S. Figure Skating Championships. And as if that’s not enough to motivate her, former Olympic gold medalist Kristi Yamaguchi also has her back. “America is rooting for you!” Karen’s mentor and role model told her as she headed off to PyeongChang. 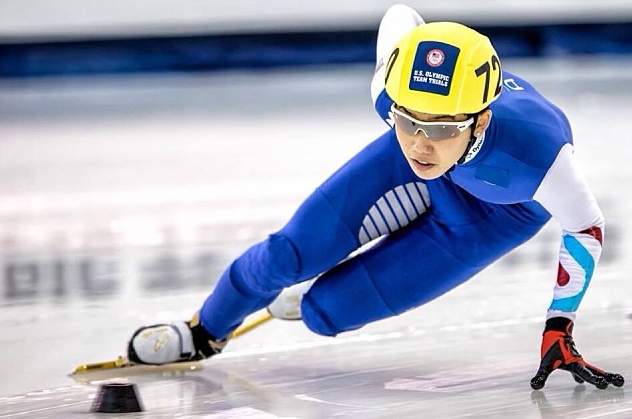 You could say Thomas Hong was destined to become a speed skater. As his family tells it, Thomas’ mother went into labor with him while on an ice skating rink in South Korea. After moving to Maryland as a young boy, Thomas began taking speedskating lessons with his sister. Over the years, he moved back and forth between the U.S. and South Korea to train and master his technique. Now, the 20-year-old will be returning to his home country for his first-ever Olympics appearance, joining J.R. Celski on a very talented U.S. Short Track Speedskating Team.

Things have come full circle for speed skater Aaron Tran. At the age of 9, after watching the short track speedskating competition at the 2006 Torino Olympics, Aaron decided it was the coolest sport he’d ever seen and wanted to try it for himself. Now, a decade later, he will be participating in his first Olympics as part of the U.S. Short Track Speedskating Team, along with fellow teammates J.R. Celski and Thomas Hong. 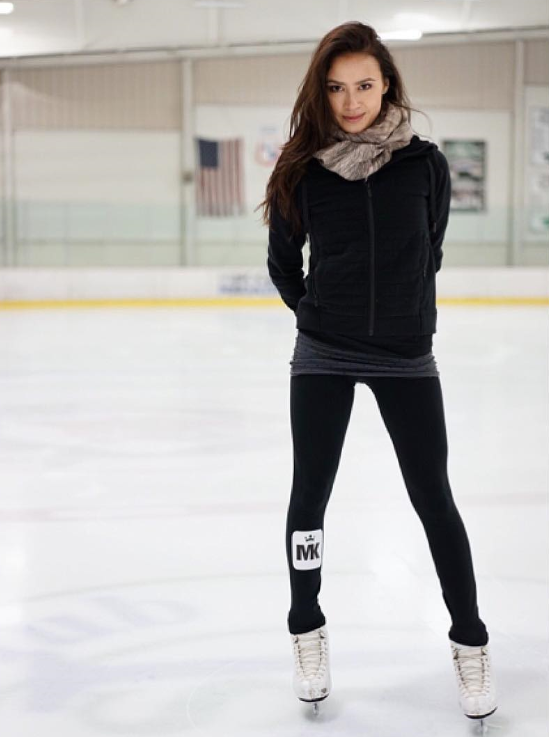 Ice dancer Madison Chock is no stranger to winning medals, having won multiple medals in the World Championships, Grand Prix Final, World Junior Championships, and more. Madison will be performing with partner Evan Bates during the Winter Olympics in PyeongChang and if you think the two have amazing chemistry, there’s a reason for that. Madison and Evan have been dancing together since 2011 but they officially started dating in 2016. What better way to celebrate Valentine’s Day than to win an Olympic medal together? We’re rooting for you guys (on and off the ice)!

Now that we know a little more about these athletes who are representing the good ol’ U.S. of A., let the games begin! Which event are you most excited to watch?