Warning: "continue" targeting switch is equivalent to "break". Did you mean to use "continue 2"? in /homepages/30/d670526000/htdocs/clickandbuilds/DiaryofaQuietAsianGirl/wp-content/plugins/page-views-count/admin/admin-interface.php on line 365
 High Schooler Wears Traditional Chinese Dress to Prom and Gets Called Out for Cultural Appropriation – Diary of a Quiet Asian Girl
Skip to content 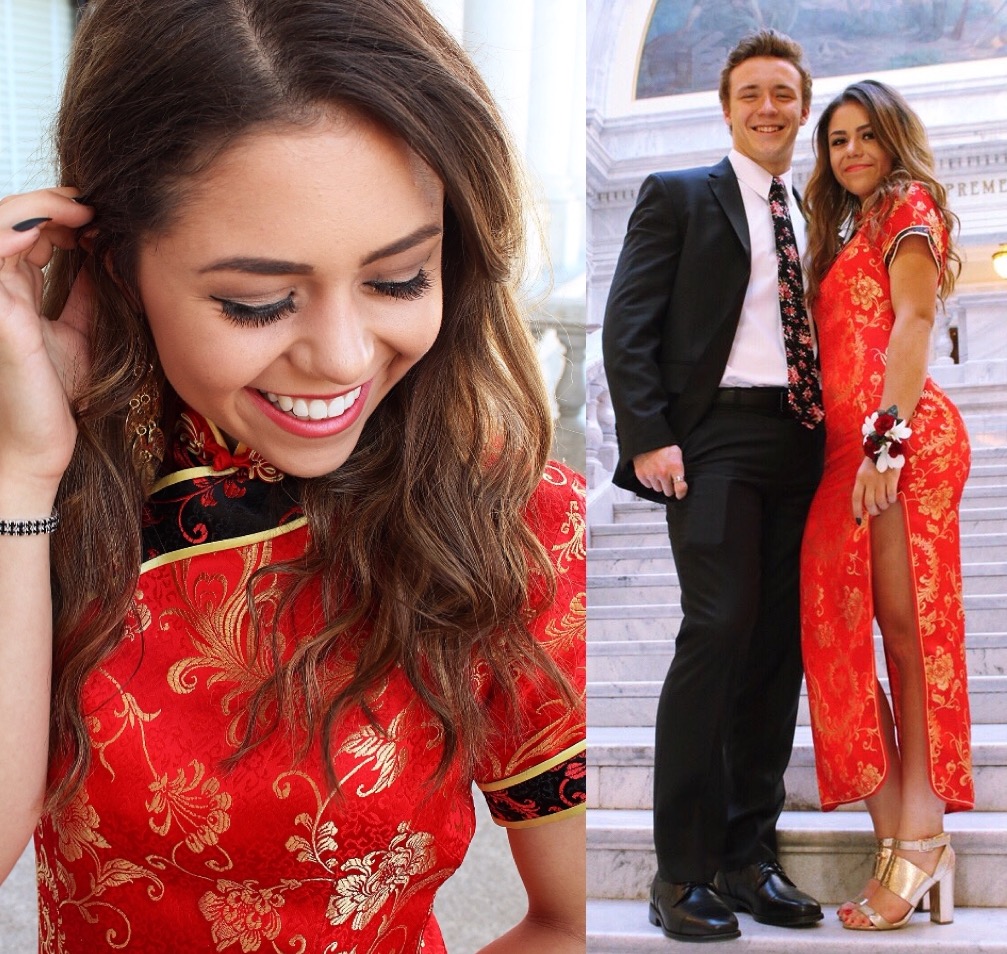 This past weekend, high school student Keziah Daum sparked some outrage online after posting her prom pictures on Twitter. She shared photos of herself all dressed up, alongside her date and her friends as they headed to their high school prom. So what was the issue?

Well, instead of wearing a dress similar to what most high school girls wear to prom, or going for navy flower girl dresses, Daum opted to wear a qipao (pronounced chee-pow), a traditional Chinese dress. [In Cantonese, it is referred to as a cheongsam]. This choice of attire quickly drew some attention to her tweet and while some people praised her saying she looked beautiful, others did not appreciate the fact that she was borrowing from another culture.

The backlash started pouring in heavily after Twitter user Jeremy Lam (@jere_bare) retweeted Daum’s post with the caption “My culture is NOT your g**d*** prom dress.”

This post quickly went viral, which in turn, made Daum and her choice of attire go viral as well, even reaching as far as social media users in China. Many accused Daum, who is white, of committing cultural appropriation by wearing a qipao, which has historical significance attached to it and which has traditionally only been worn by Chinese women.

The qipao has been a customary piece of clothing in China since the 1600s, but back then it was baggy and wide, designed to cover a woman’s entire body. The modern version of the qipao, which is much more form-fitting and revealing, was first introduced in the 1920s in Shanghai, soon after the Republic of China was officially formed. It was also during this time that women in China began to rebel against the traditional values that had previously restricted them. As women gained more access to education and equal rights, the modern qipao took over as the main form of clothing for Chinese women and as it evolved to become more tight-fitting and embellished, it became a symbol of their femininity and sexuality. Today, the qipao is typically only worn during special occasions, like weddings and Chinese New Year.

Daum defended her dress by saying that she simply thought it was beautiful and did not mean any disrespect to Chinese culture.

However, her critics specifically pointed out the picture she posted of her and her friends, which shows all the girls posing in a way that is regularly used to stereotype Asian people. If the dress itself wasn’t all that offensive, this photo and these poses definitely were, her critics argued. 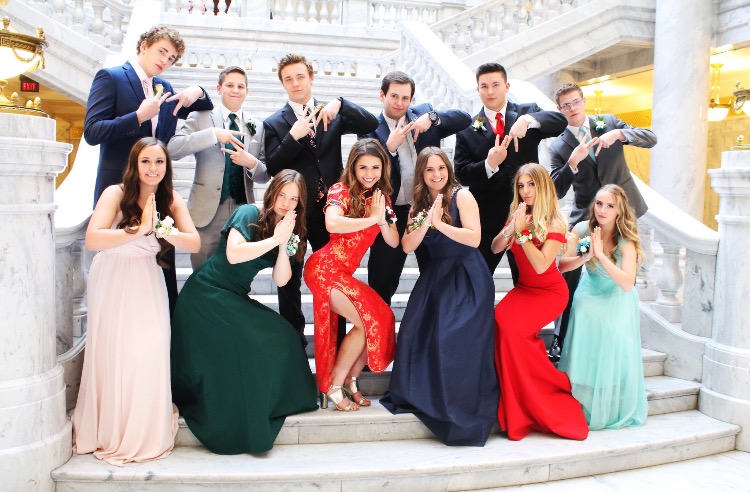 Daum and her friends defended their poses saying that they were based off of a popular YouTube vlogger Ethan Klein, who previously used the pose in reference to the pizza chain Papa John’s, and they argued that it was not connected to Chinese culture in any way.

Meanwhile, over in China, many have actually shown their support for Daum saying that her prom dress shows appreciation for Chinese culture. Interestingly enough, it seems that while Americans with Chinese or Asian heritage are offended by Daum’s outfit, Chinese people in China see it as exactly the opposite. It just goes to show how contrarily different societies can perceive the same thing.

The issue of cultural appropriation has always been a tricky one for me to comment on. I feel like the term ‘culture‘ encompasses such a wide variety of elements and therefore, there are many areas where things could go wrong. Some people truly are insensitive and ignorant to other cultures and are not in tune with how offensive their actions can be. On the other extreme, some people are quick to call any and everything cultural appropriation. For me personally, I try to look at each incident on a case-by-case basis, because I do not think all things should be called out as cultural appropriation but I also think that we can all learn and grow by doing a better job of understanding and respecting people from different backgrounds. You may not think it’s a big deal but to the people whose culture you’re borrowing or taking from, it very well could be. As an outsider to the culture, I think it’s important to understand the implications before you decide to partake in another person’s culture. Only then can you make a smart decision on whether or not you should do it. [In the future, I plan on doing a more extensive post on my thoughts about the issue of cultural appropriation but for now, I’m just going to comment on the story at hand.] In this particular case, I definitely thought it was a little strange that she opted to wear a qipao to prom, but as someone of Asian descent, I’m certainly not offended by it. And unlike the Chinese people praising her, I’m also not going to say I’m flattered because I don’t need a white girl to validate that Chinese culture is cool. Sorry not sorry. Based on her tweets, it seems that she did just see the dress as unique and beautiful and all she wanted to do was make a fashion statement. If she’s not hurting or disrespecting anyone in the process, I don’t really see a problem with it.

The one thing I do have an issue with is the pose done by Daum and her girlfriends. Personally, I think that if you’re already tiptoeing on the line of controversy by wearing the dress, why would you take it a step further and do a pose that could be interpreted as making fun of Asians? I don’t know if I really buy the whole YouTube story, but I guess I’ll take her word for it. Although the optics aren’t the best, I truly don’t think she meant to disrespect or make fun of Chinese culture, and that’s what’s most important to me. It is a beautiful dress but like I mentioned before, I certainly won’t be praising her for her outfit choice; at the same time, the anger towards her and accusations of cultural appropriation are a little much, in my opinion.

So what do you think? Do you find Keziah’s dress offensive, are you flattered by her showing appreciation for Chinese culture, or do you just not care either way? Sound off below!