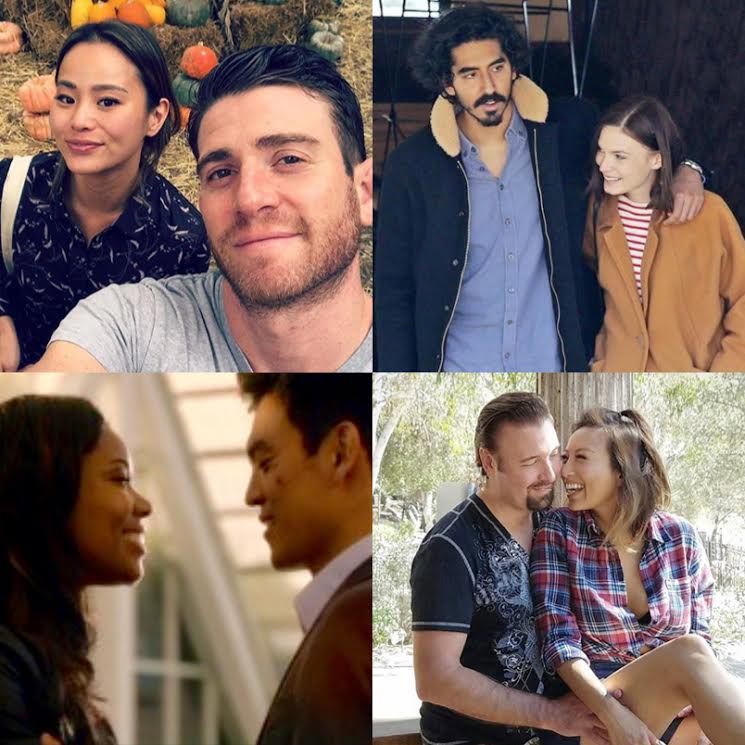 It’s time to talk about everyone’s favorite topic…relationships! We all secretly love to discuss relationships, whether it’s talking about our own love lives or whether our nosy behinds just want to hear about someone else’s. We want to know who our favorite celebs are dating, we seek relationship advice from the likes of Dr. Phil and Steve Harvey, and of course we all love hearing a hilariously mortifying first date story. Today, however, I want to specifically explore the topic of interracial relationships in the Asian-American community.

With interracial relationships playing such a big part in our community, I was curious to know just why they are so prevalent. Without polling the entire population of Asian-Americans who date or marry outside of the race, it’s hard to say exactly why so many choose to be with a partner of a different background. However, through doing some research and leveraging my own experiences, I was able to come up with a few primary reasons why I think Asians are “down with the swirl”.

It was interesting to learn that interracial relationships are so big in this day and age among Asians-Americans, considering the idea seemed almost taboo growing up. Many older generation Asians who immigrated to the U.S. from a different country were and still are very traditional. They hold tightly onto the ways of the old country, which include marrying and having a family with someone of the same background. When I was younger, it was emphasized in my ethnic community that we should find someone within our own race to marry. In fact, it was even frowned upon to date or marry someone of a different Asian nationality. Still, despite the wishes of their parents, it seems that many Asian-American children ended up marrying outside the race regardless. This leads me to believe that the prevalence of interracial relationships among Asian-Americans could be due to a subconscious desire to act out in rebellion against our parents. If all you hear growing up is “You can’t date so and so” or “You can’t marry so and so”, it would make someone all the more tempted to be with that person. Just think of Tony and Maria from West Side Story or the tragedy of Romeo and Juliet…it’s the classic case of wanting what you can’t have.

With interracial marriages among all races steadily increasing over the years, there seems to be an overall trend in America that Asians are just participating in. Due to the growing diversity in America, communities around the country are inevitably becoming more and more like a melting pot. As a result, more interactions between different races in the same communities will occur, creating an environment for interracial relationships to develop and flourish. Outside of various cities in New York and California, there are not many large all-Asian neighborhoods in America, meaning that the majority of Asian Americans live in mixed neighborhoods and interact in diverse social circles. Because of this, the chances of them meeting someone of a different race becomes a lot higher.

Then, there’s always the desire to have cute babies. This is more so true for women, though I have seen men increasingly become fascinated with the idea of having mixed race babies. It is very common to hear that mixed race babies are beautiful, and there is little evidence to the contrary. Mixed babies are pretty stinkin’ cute (my beautiful 3-month-old niece being one of them) but to be fair, I think most babies are adorable. While wanting the best for your children is normal, I don’t think that a person should choose their partner based on their gene pool and their ability to help you have a cute baby, nor do I think having a mixed race baby guarantees you will have a future model on your hands…but to each their own.

Lastly, perhaps the reason behind the popularity of interracial relationships can be easily explained by the old saying that opposites attract. Many of us are indeed attracted to what’s different, what’s new, and what we’re not used to. Being brought up in Asian households, our experiences are indeed very unique from those of other races in America. Perhaps we seek to teach someone all about our language, our customs and our food, or conversely, we want to learn about someone else’s culture. By being with someone of a different background, we are satisfying that desire to experience something different than what we’ve known our whole life.

Now it’s time for you to sound off. Why do you think interracial relationships are so prevalent among Asians in the U.S.? Do you prefer to date within your race or outside your race, and why?

1 thought on “Down With the Swirl: Interracial Relationships in the Asian-American Community”