Warning: "continue" targeting switch is equivalent to "break". Did you mean to use "continue 2"? in /homepages/30/d670526000/htdocs/clickandbuilds/DiaryofaQuietAsianGirl/wp-content/plugins/page-views-count/admin/admin-interface.php on line 365
 Could The U.S. Have an Asian President in 2020? – Diary of a Quiet Asian Girl
Skip to content 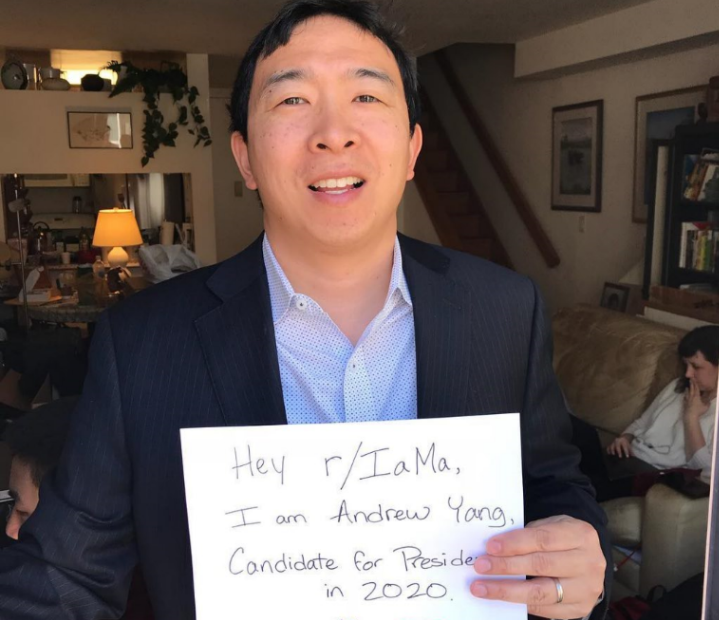 Meet Andrew Yang – a Taiwanese-American entrepreneur, author, and philanthropist who could become the next president of the United States. The New York native has big aspirations to become America’s 46th president and improve the country with his initiatives, and last year, he officially announced his presidential bid for 2020 under the Democratic party.

Born in upstate New York to immigrant parents, Yang has always had big dreams. He graduated from Brown University with degrees in economics and political science, then went on to Columbia University to study law. After beginning his professional career as an attorney, he soon realized that he was meant for more. He eventually became involved in several startup companies before creating and becoming the CEO of Venture for America, a nonprofit organization aimed at helping young entrepreneurs build businesses in underdeveloped areas. Since its inception in 2011, Venture for America has grown into a multi-million dollar organization that has helped to raise over $40 million and create over 2,500 jobs in America. It is certainly his most impressive accomplishment to date, but now Yang is looking towards the next chapter of his life – the 2020 presidential race. 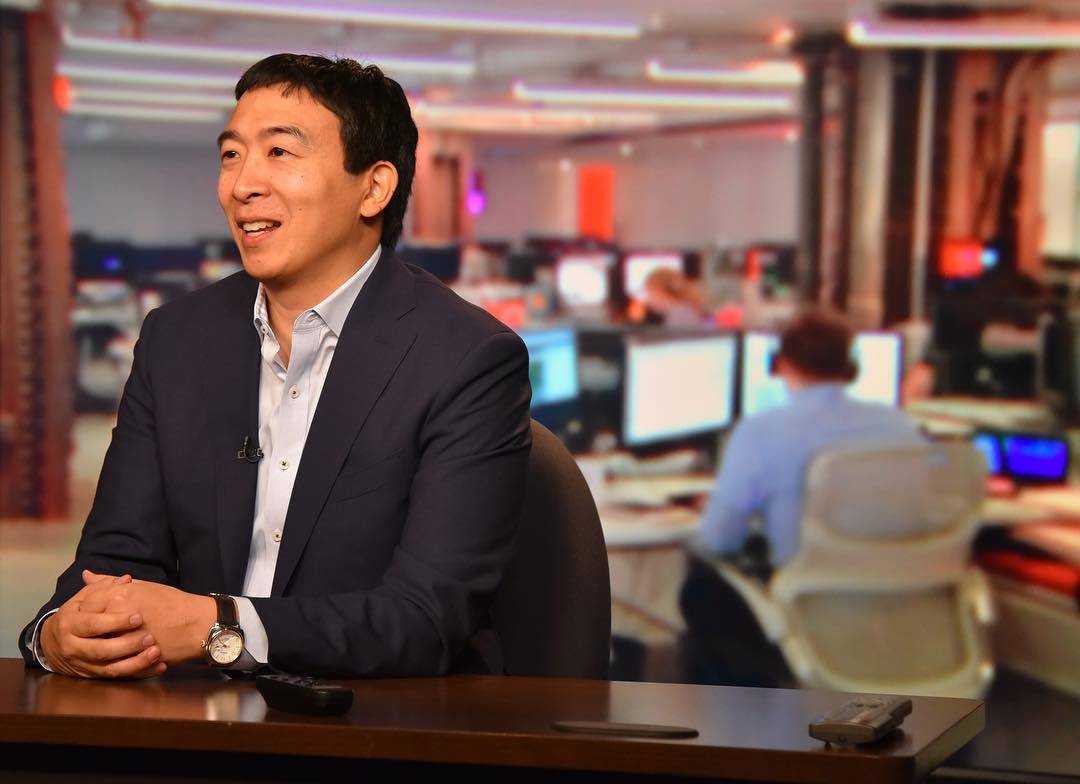 One of Yang’s fundamental beliefs is that rapid advances in technology are taking jobs away from the American people and that this trend towards automated jobs has led to many of the country’s problems. If elected, Yang wants to start initiatives that will combat the rise in automation and its consequences. Primarily, he wants to implement a concept known as Universal Basic Income, where every U.S. citizen aged 18 to 64 would receive $1,000 each month, what he refers to as a “Freedom Dividend”. Yang believes that the extra income each month will help to provide for every citizen’s basic needs, allowing each person more capabilities and motivation to create and invest in new ideas. [Shoot…an extra $1,000 a month? Sign me up!] Some other major points of the presidential hopeful’s plans include universal healthcare for all, focusing more on the individual versus corporations, and rebuilding the nation’s infrastructure.

Yang has already built a strong network of supporters, including many individuals from the Asian-American community. If elected, Yang would make history by becoming America’s first Asian president. He is only the second Asian-American to actually enter the presidential race, with Republican Bobby Jindal being the first when he ran for president in the 2016 election. Throughout the past decades, the presence of Asian-Americans in politics has gradually increased, but an Asian-American president is still something that most of us could only daydream about when we were kids. At the end of the day, the 43-year-old husband and father just wants to create a better future for his two young sons. However, if he can inspire young Asian-Americans along the way and show them that they are capable of achieving anything they put their minds to – even being President of the United States – he can count that as success.